Last weekend, my husband and I took out the jeep (aka Zombklr) for some off-roading and camping fun in the central Cascades. Our destination was Gallagher Head Lake, part of the Okanogan-Wenatchee National Forest, just past Salmon La Sac, ending at the base of Hawkins Mountain.

The real adventure began as soon as we left the FR 4330 for trail 4W301, a rocky, one-lane off-road trail with some steep 1,000+ foot drops on the side. For 2 1/2 hours, we were bumped and shaken inside the Jeep as we made our way over rocks, through streams and wash outs. We had to pull over a couple of times since the transmission fluid in the Jeep kept overheating. 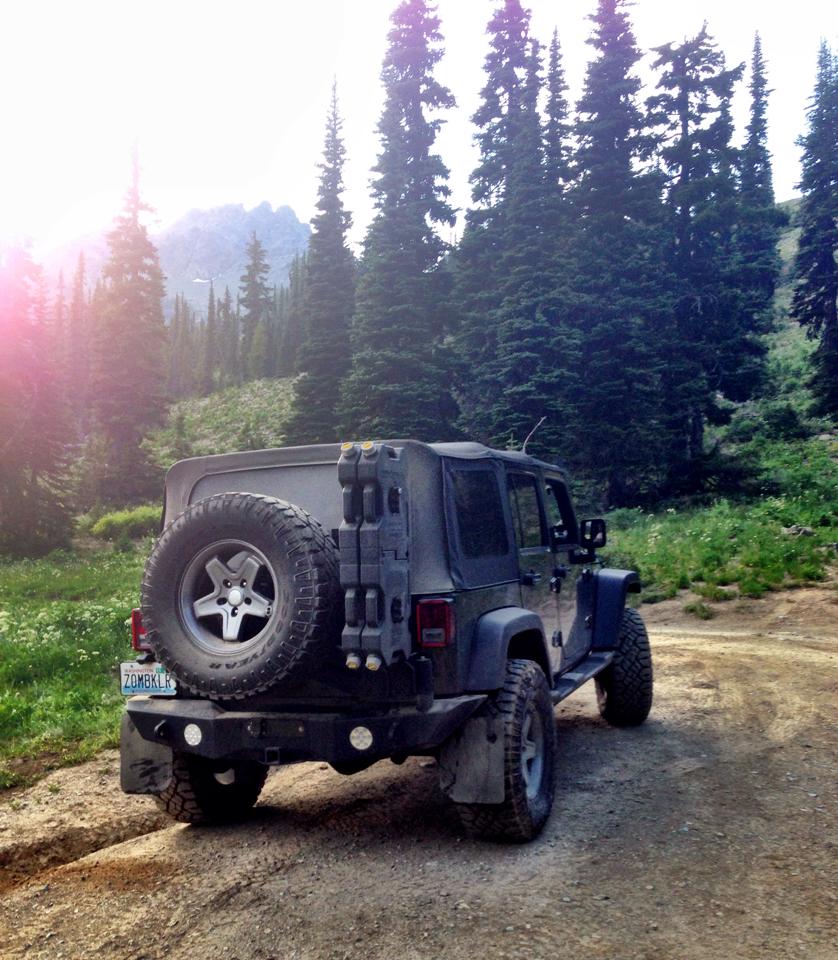 The Jeep made it to Gallagher Head Lake

After a few more breaks to let the transmission fluid cool, we finally reached our destination, Gallagher Head Lake, where we camped for two nights. Our two days of camping was filled with adventure in the form of mosquito swarms, crazy lightning and forest service helicopters draining the lake to put our fires caused by the ligthning. 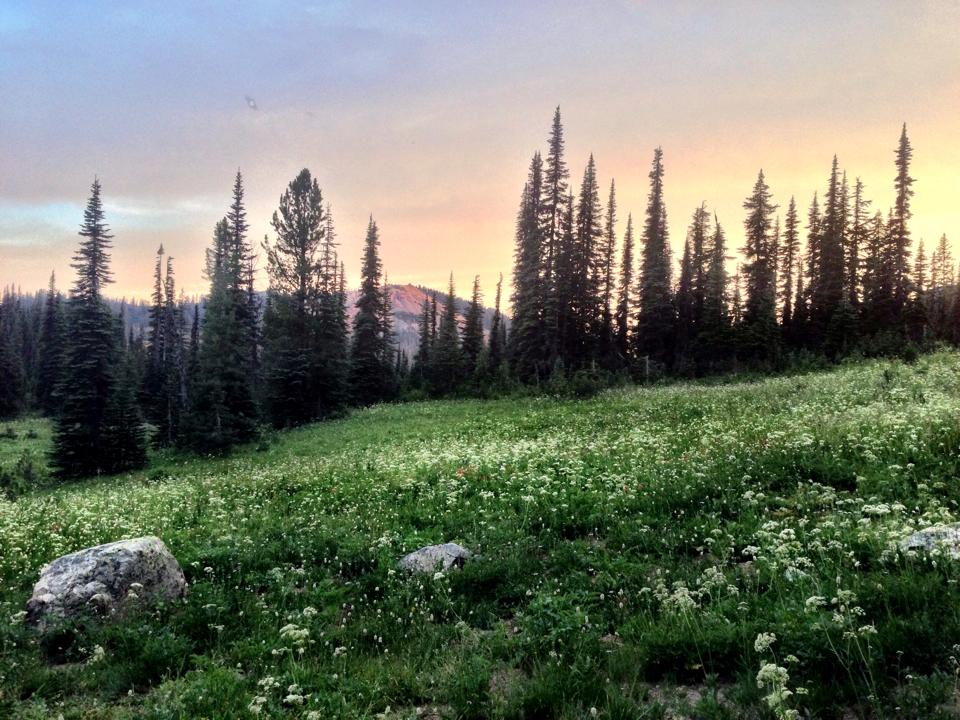 The campsite was primitive, with no toilets or facilities of any kind. I don’t think I’ve ever camped in a real campground nor would I want to since the whole point of camping (for me anyway) is quiet and solitude. There were a couple of other families near the lake but overall, it was a quiet weekend, at least until the helicopters arrived (more on that later). 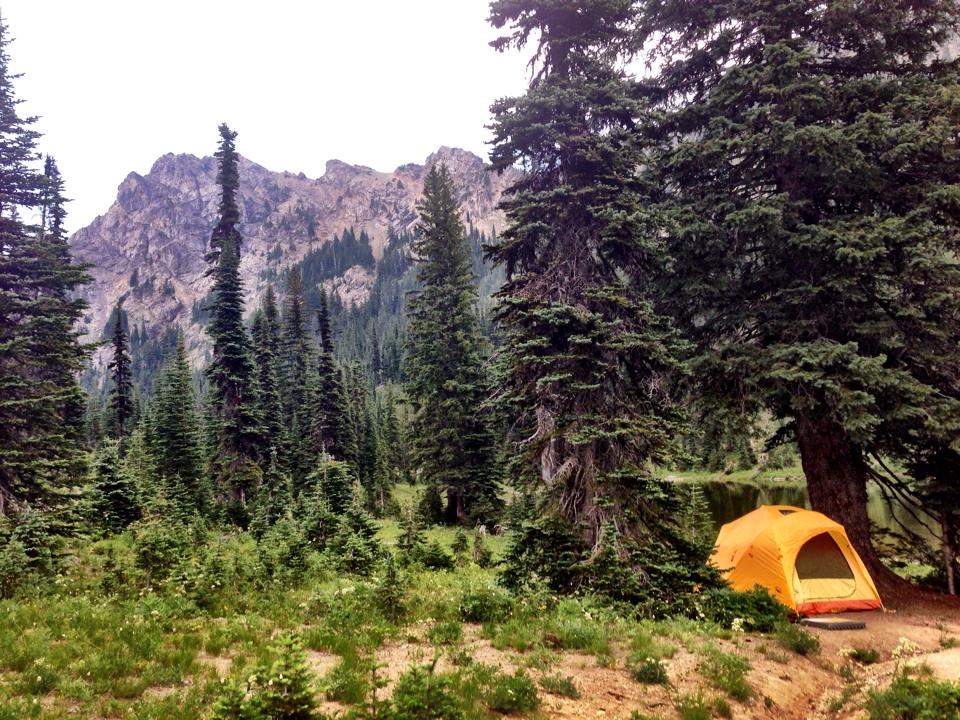 Our campsite for a couple of days.

As we started putting together the tent, I noticed mosquitos swarming around us. A few at first. Then a few more. Then it got to the point where I couldn’t stand outside without an entire swarm attacking every inch of my body, including my toes, my forehead and my ears. We had mosquito wipes with us but they weren’t enough. 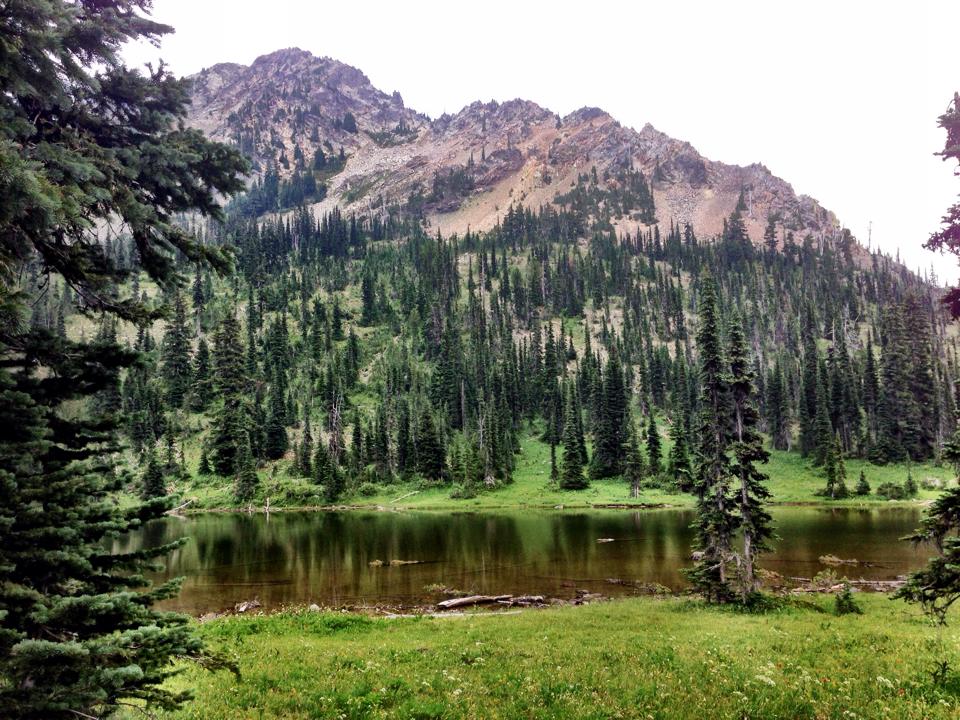 Sure is pretty but Gallagher Head Lake is also mosquito heaven.

I stayed in the tent most of the first evening, only coming out for dinner and then retreating back into the tent. The next day, we hiked a few miles in the opposite direction of the trail that brought us to Gallagher Head Lake. We passed meadows filled with alpine wildflowers, hummingbirds, chipmunks and enjoyed the gorgeous scenery and a respite from all the mosquitos.

A thistle near our campsite.

As we headed back to our camp, the wind started picking up and we noticed dark clouds starting to roll in. Another respite from the annoying blood suckers. One storm passed overhead, with lightning and thunder nearby but it didn’t seem like a severe storm. The second storm that arrived was another story. Instead of passing to the side, I realized it was going to pass straight overhead. I was outside and a bright light filled my eyes with an instantaneous KABOOM ringing in my ears. I leaped into the tent as fast as I could and buried myself under my blankets and sleeping bag. The tent was actually the least safe place to ride out the storm since it was directly beneath a tall tree but in my panic, I ran for the nearest shelter instead of the Jeep. I had an anxiety attack for a few minutes and pictured lightning striking the tree and the tree falling on top of me.

A couple of hours after the storm passed, we saw a helicopter repeatedly circling the mountains and the lake. Eventually they landed right next to our campsite and attached a water bag, using water from the lake. The recent storm started a fire not too far away from our campsite and I was worried we would have to evacuate. After at least 10 stops at the lake, the helicopter was able to put out the blaze. 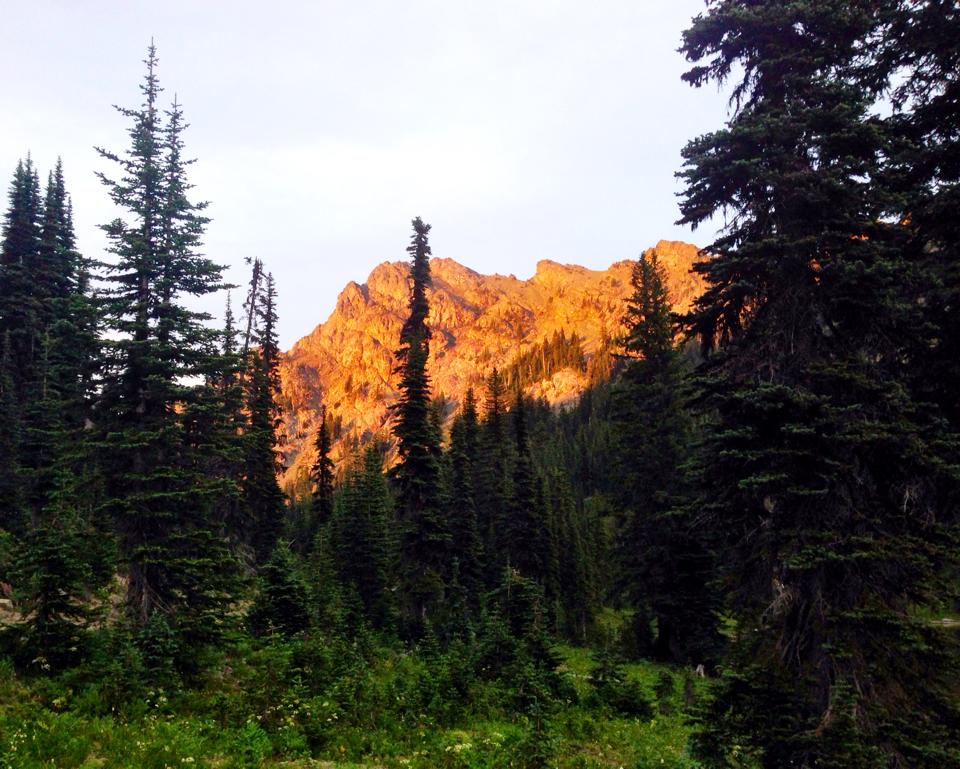 Sunset at our campsite. 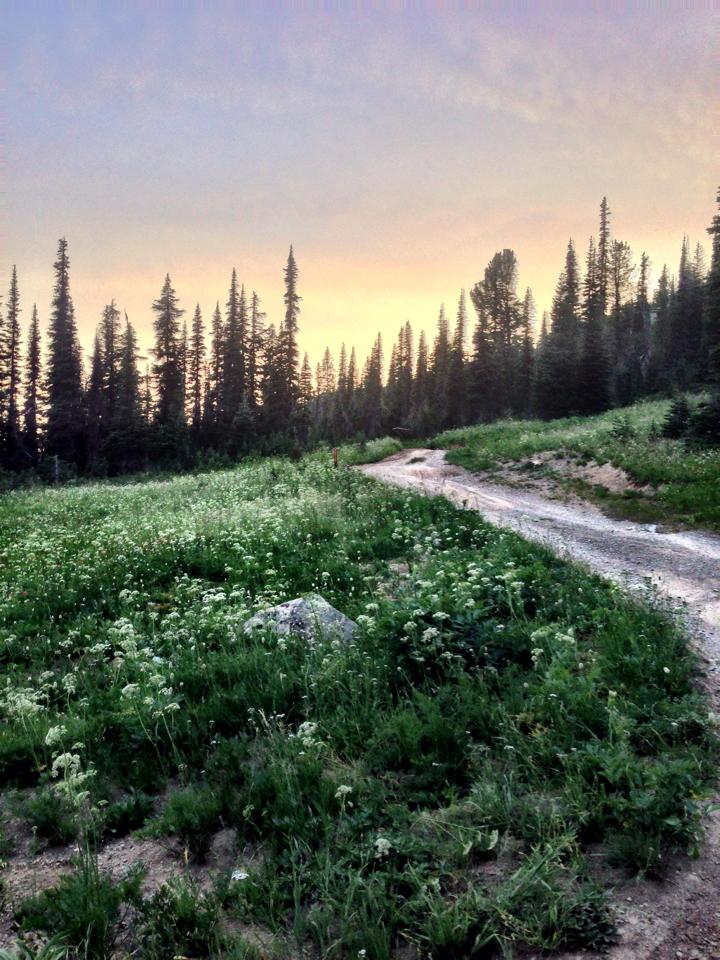 Sunset at our campsite

After an early 6am breakfast, we packed up and headed home. We stopped to eat at the Roslyn Cafe, made famous by Northern Exposure. I don’t have any photos of my meal since it was so delicious and I ate the entire dish in about two seconds.

I highly recommend exploring the Gallagher Lake area, preferably in the cooler months when there are less mosquitos.

Getting there:
Take I-90 until you reach Exit 80 (Roslyn). Head through Roslyn and Ronald and continue on approximately 9 miles to Salmon La Sac Campground. Just before the bridge and right after the Guard Station, take a right onto the dirt road FR 4330. Continue on FR 4330 for about 6.5 miles. The trail 4W301 will be on your right.

Don’t take this trail unless you plan on hiking or have 4WD.