If a non-stop route exists to the destination that I want to visit, I will book that flight, even if it’s a few hundred dollars more. Nonstops are great for obvious reasons: No connection delays, less chance of lost baggage and more time to enjoy your vacation destination. Thankfully, there are two airplanes that fly the Seattle to London route nowadays: British Airways and Delta.

I’m a huge fan of British Airways and flew from Heathrow to Seattle last September when American Airlines cancelled my flight from Dublin to Chicago due to mechanical issues. I ended up choosing Delta for this particular trip since their seats are confirmed in a 2-3-2 pattern, offering a little more privacy for couples if you book the window/aisle.

Delta Flight 37 departed Seattle at 6:30 PM so my husband and I decided to arrive at Seatac early in order to enjoy a late lunch / early dinner inside the terminal. I don’t have status on Delta but I’m an Alaska Airlines MVP Gold, which enabled me to use the faster Sky Priority check in late. We also breezed through security since we have TSA PreCheck.

The Delta boarding process was pretty seamless, starting with passengers needing extra time and then proceeding with Business Elite, Sky Priority, Zone 1, Zone 2, etc. Once on board, there was plenty of space for our carry-on items in the overheard bins. The 767-300 was either a new plane or had recently been refurbished. Way nicer than the clunker 767 I flew from Chicago to Dublin with American Airlines. 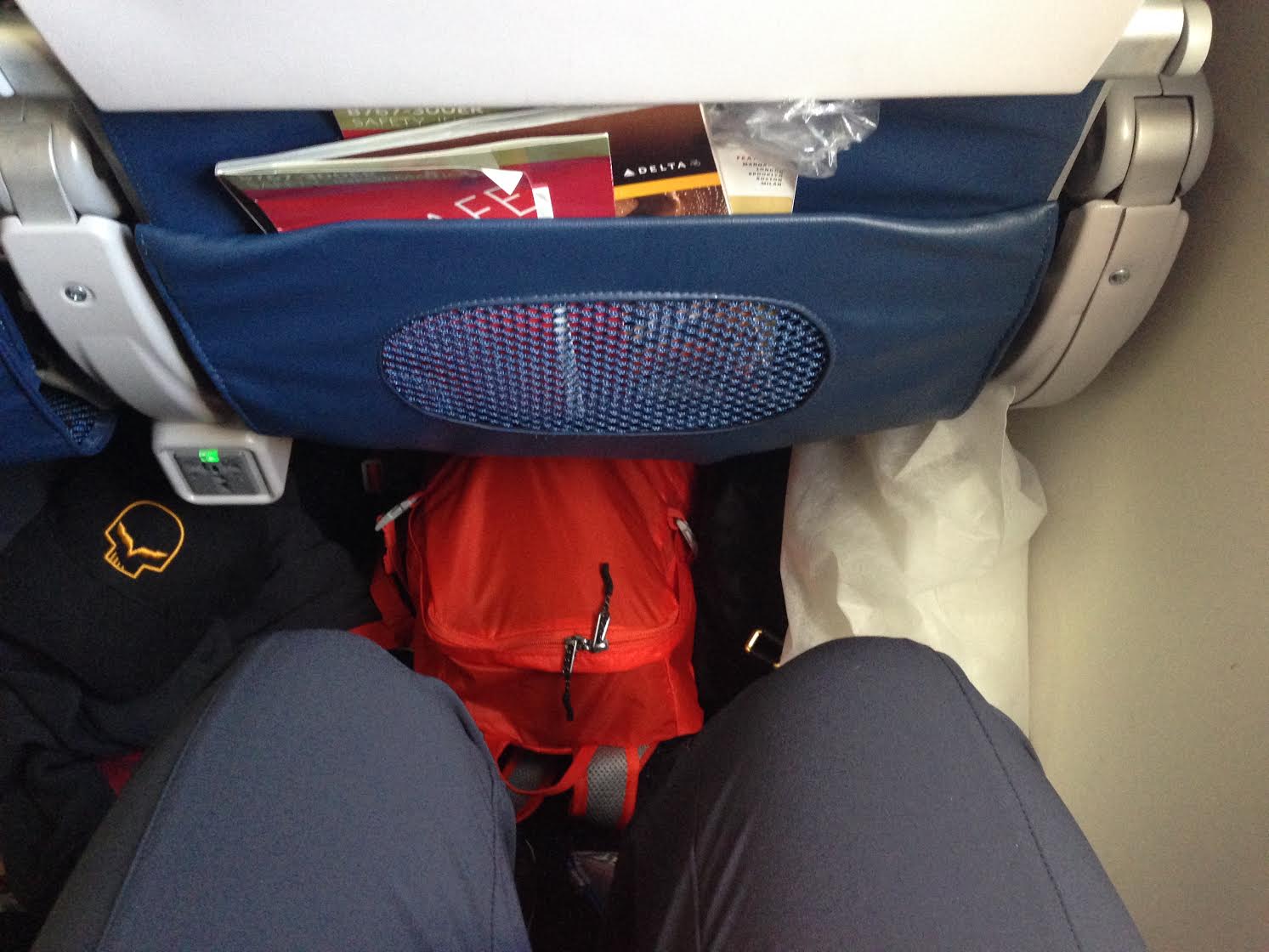 Plenty of leg room in Economy Comfort. For reference, I’m 5’5″

I paid (albeit with a steep discount) for Economy Comfort seats, just behind Business Elite. Per Delta’s website, Economy Comfort has up to 4″ of extra legroom and 50% more recline. The extra leg room was nice and allowed me to cross my legs while sitting down, something I can never do in regular economy seats. The recline was nice but I still couldn’t sleep very well.

Shortly after takeoff, dinner service started and unfortunately, I don’t have anything positive to say about the food. I opted for the pasta and it was so salty and strangely spiced that it was inedible. We were served a sandwich snack in the middle of the night that the flight attendant tossed at me while I was half asleep. I ate the milano cookies but didn’t touch the sandwich so can’t comment on taste. Before landing, we were given an egg sandwich, which was rubbery and completely inedible. I will say that the food on the return flight was slightly better and I was able to eat my pasta dish this time. I highly recommend bringing your own food with you so that you don’t starve on the flight. 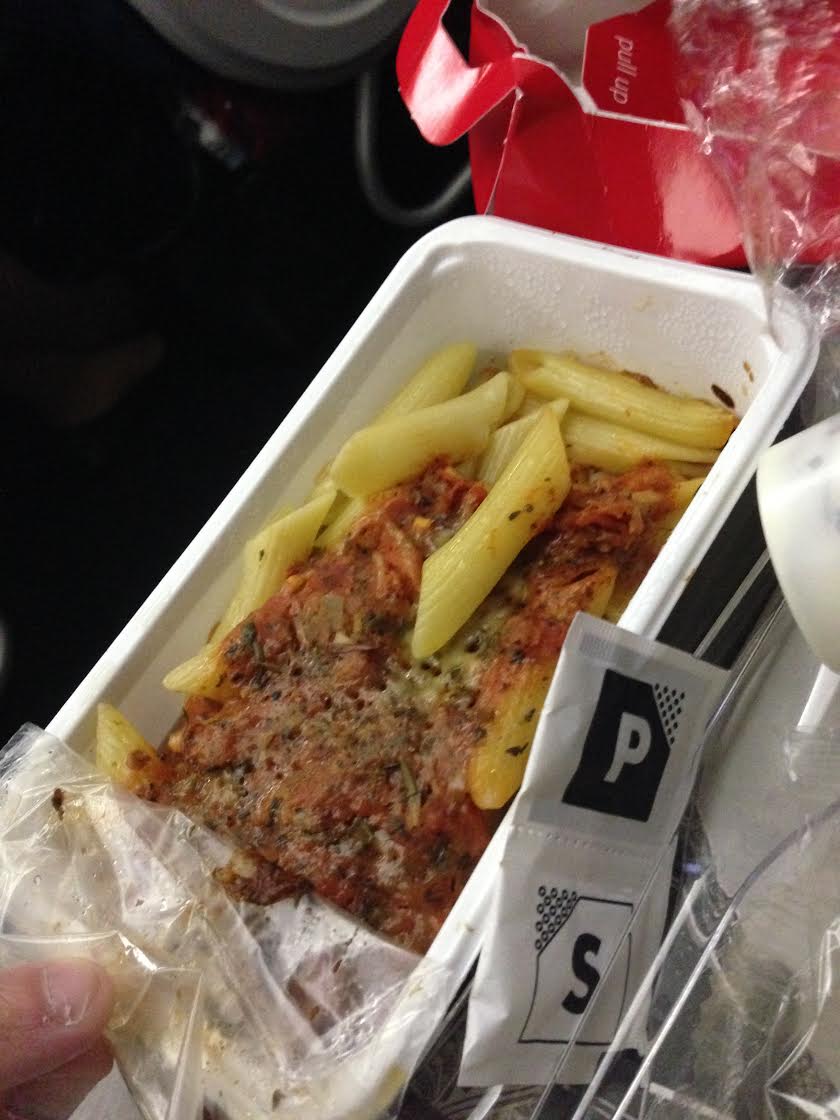 The inedible pasta on the Seattle to London Heathrow route with Delta Airlines.

Where Delta really shines is the in-flight entertainment. The in-seat entertainment system is loaded with over 300 free movies, TV shows and songs. I watched 5 movies in a row on the flight from London to Seattle, making the 10-hour flight fly by. The movies range from new releases to old Disney classics like the Fox and the Hound, the Little Mermaid and the Lion King.

So, in the end, is Economy Comfort on Delta worth the price? In my opinion, it’s only worth it if 1) you’re very tall and just don’t fit in regular economy seats or 2) you’re able to purchase Economy Comfort at a steep discount. The extra legroom and seat recline is nice but it’s definitely nowhere close to a lie-flat seat and the meal service is the same as the rest of economy. 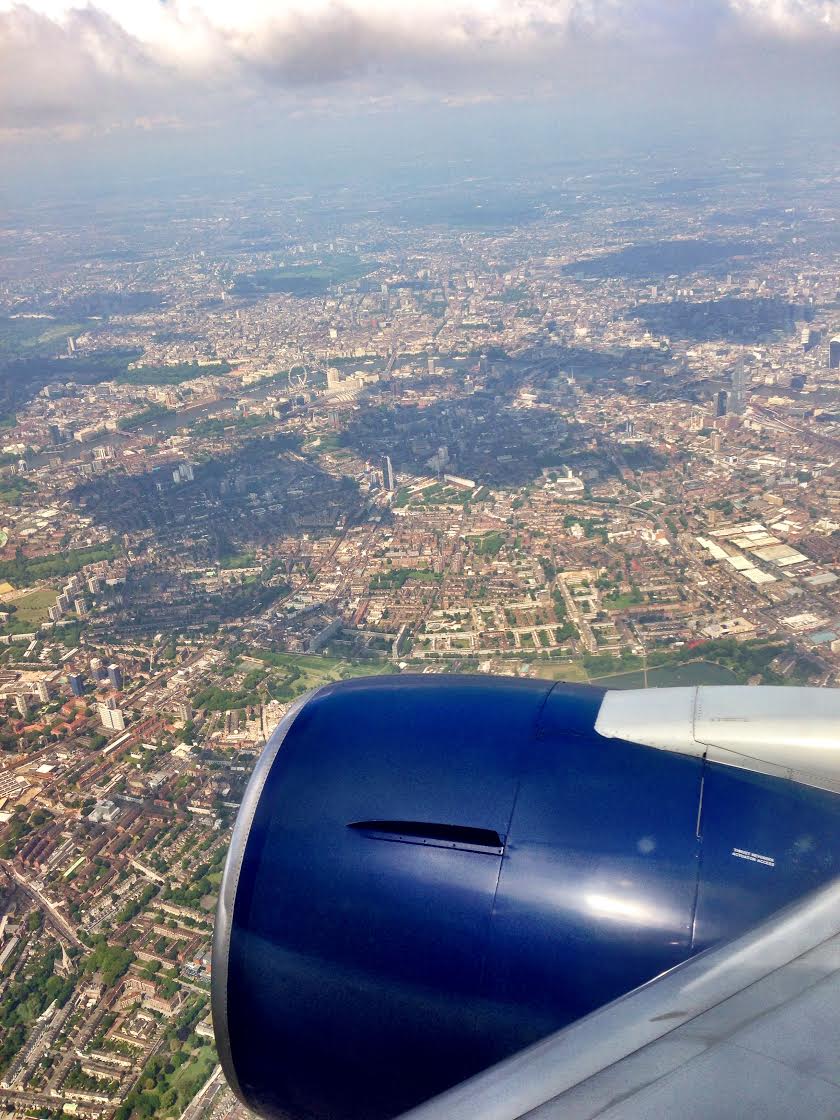 Here are a few tips to surviving a flight in economy:

Have you ever flown in Delta Economy Comfort? Did you think it’s worth the extra money?