If you’ve been following my 10-day Colombia adventure, you’ll know that I spent a couple of days relaxing in Villa de Levya, a colonial town of about 9,600 people. It’s considered one of the best colonial villages in Colombia and was declared a National Monument in 1954 in order to preserve its architecture.

Getting to Villa de Levya was an incredibly long journey. First, our group hiked out of Tayrona National Park in the morning and then drove 45 minutes to the Santa Marta airport. Our Avianca flight from Santa Marta to Bogota was delayed by 3 hours, meaning we’d have to skip lunch in order to make it to Villa de Levya at a decent time.

The van went up and down the hilly roads for almost 4 hours. If you’re headed to the countryside and prone to car sickness, make sure to take medication. I almost lost it a couple of times on the bus ride and was counting down the minutes to our arrival.

We finally arrived at our destination, Hotel Sol de La Villa, a cute little boutique hotel just off the main square. I headed to my room to unpack and get ready to head to dinner with the group. As I was leaving my room, I saw a scorpion crawl from underneath my door. Holy hell! A scorpion! I’m not squeamish about any bugs except for scorpions. I killed it with a flip flop just as it was about to crawl underneath someone else’s door. 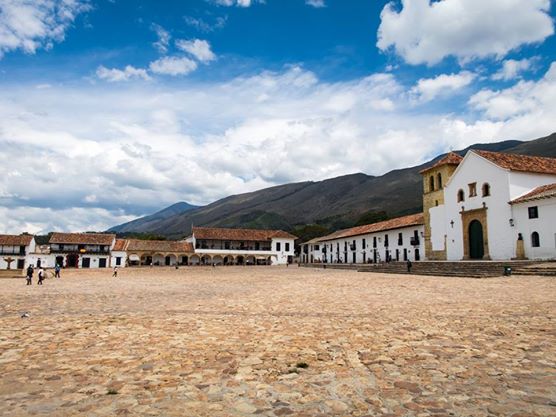 Our group walked to the main square, Plaza Mayor, to have dinner. I was blown away by the size; I’ve never seen a square so big in all of my travels. The cobblestone-lined square is surround by white-washed buildings with red-tiled roofs in all directions. Several restaurants are located on the square, many with live music and friendly beggar dogs.

The next morning, a couple of us headed out to explore some nearby sites just outside of Villa de Levya, including El Infiernito, Museo el Fossil and Casa Terracotta.

Our first stop was Museo el Fossil where admission is $6,000 COP. The museum is built around a huge and well-preserved dinosaur fossil. There are other fossils in cases, mostly shells and mollusks. The whole visit took around 15 minutes so I only recommend visiting if you’re going to combine the trip with a visit to other local sites. The signs in the museum are almost entirely in Spanish so if you can’t read it very well, bring a book to translate the sign, or even better: bring a friend who is fluent in Spanish. 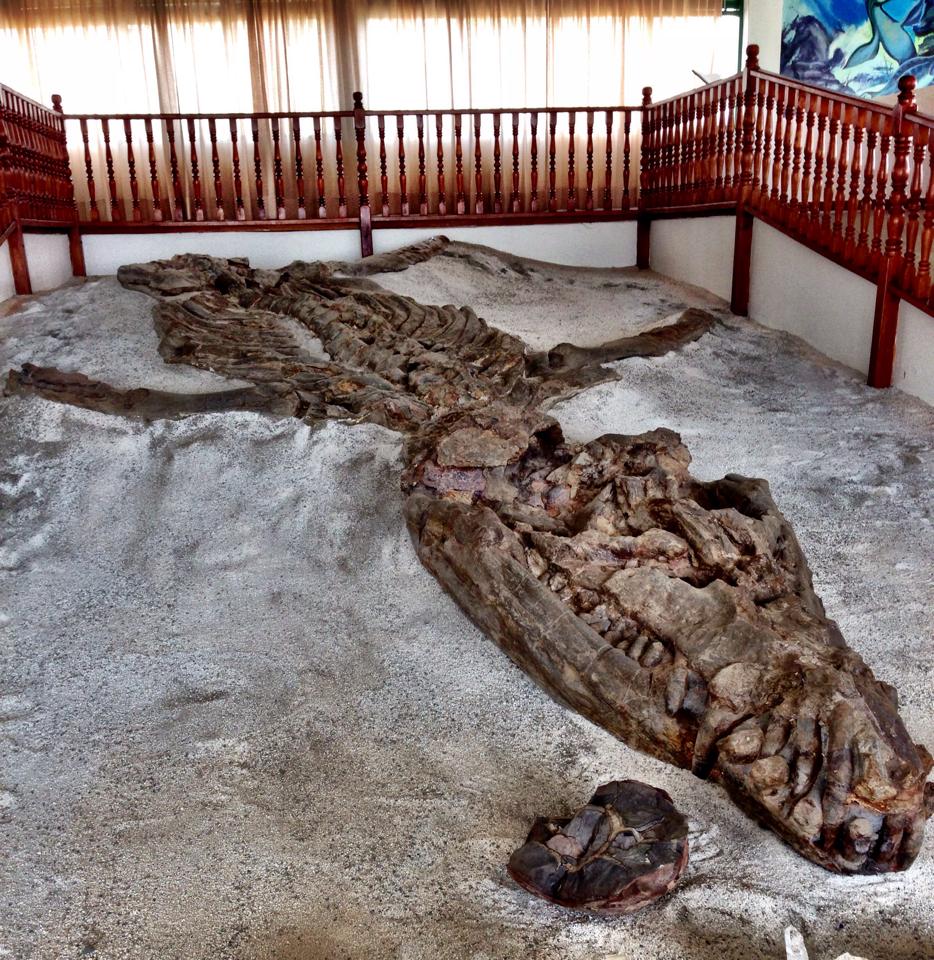 The El Fósil Museum, located about 5.5km outside of town

We hopped back in our cab and headed to El Infiernito, which means “little hell,” a name given by the Spanish due to the large penis-like structures that represent fertility. The area is a pre-Colombian Muisca site, composed of the upright stone statues, burial grounds and an astronomical clock. As with the dinosaur museum, all the signs here were in Spanish. You only need 15 minutes or so at this site but we ended up spending close to an hour here since someone in our group enjoyed listening to a school classroom discussion. 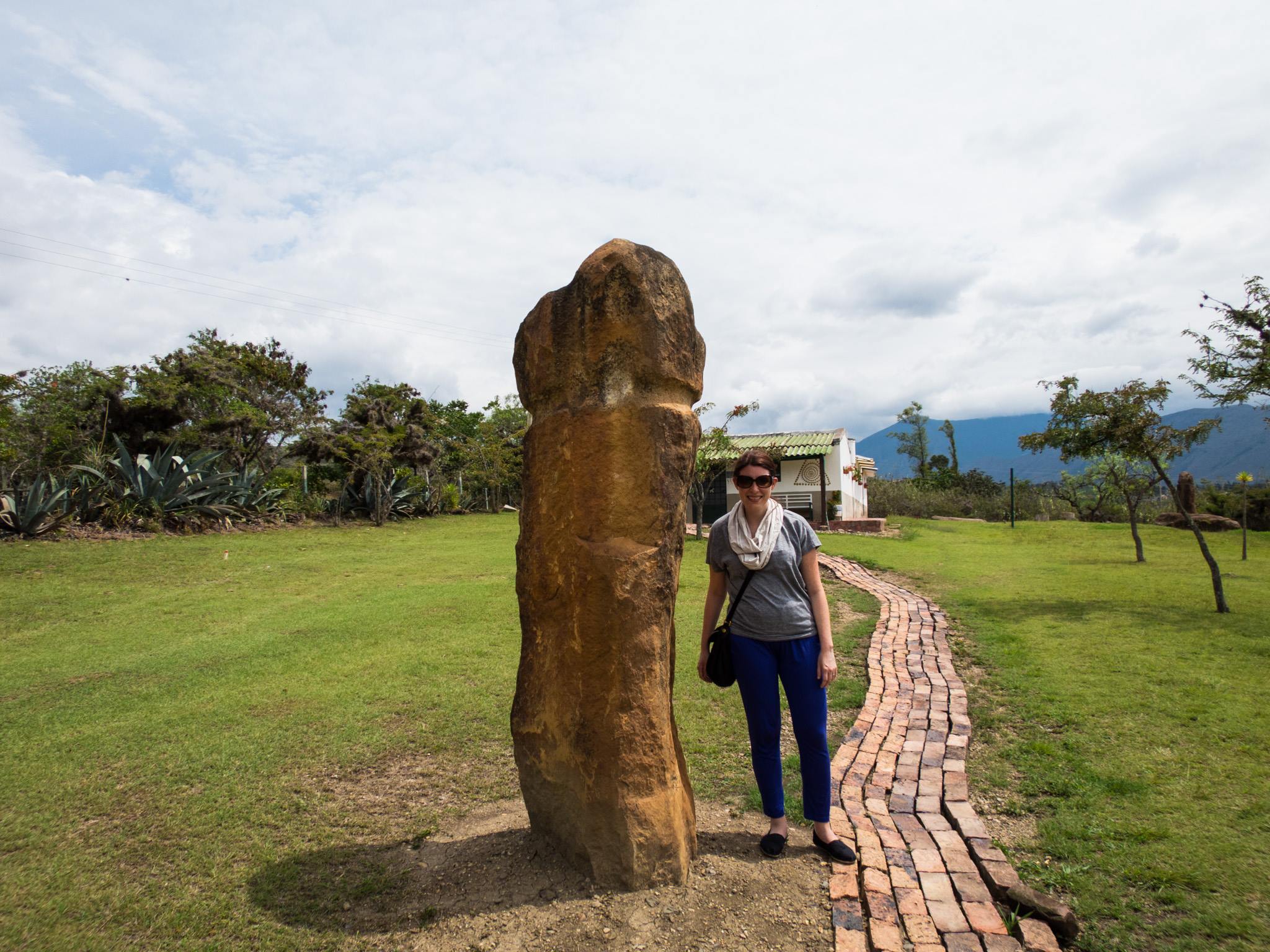 Yes, that’s what you think it is.

The last stop on our list was Casa Terracotta, my favorite outing in Villa de Levya. The house was built by Colombia architect Octavio Mendoza and everything inside is made out of clay, even the bed. I don’t know if it’s available to rent but it would be fun to stay there overnight with a group of friends. 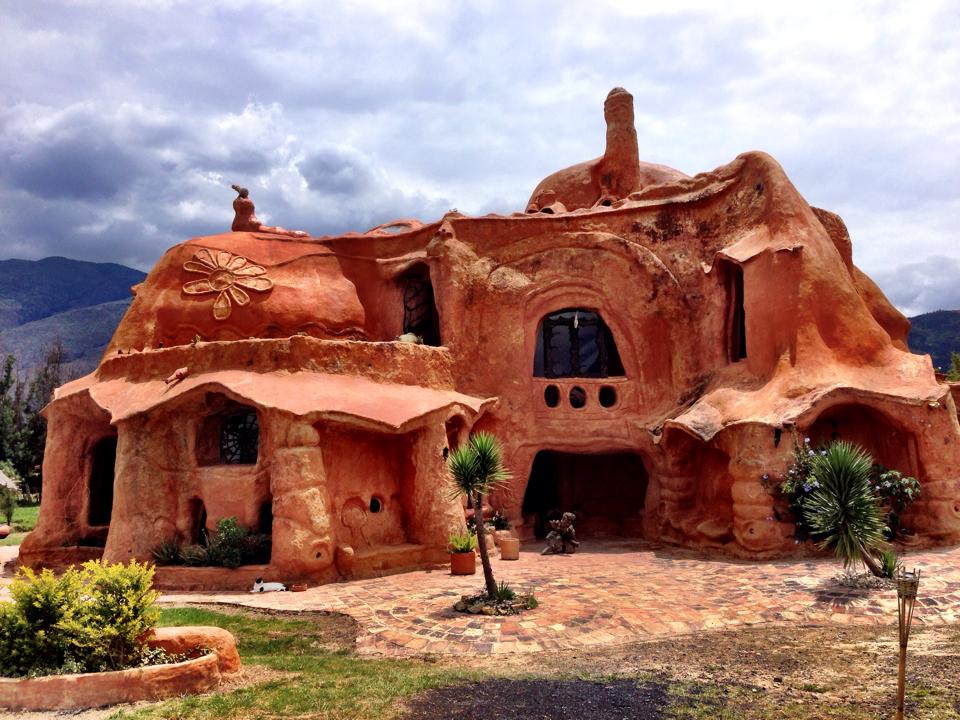 After visiting the 3 locations above, Petra and I headed back to town and spent our time wandering up and down the streets, browsing the shops and taking in the atmosphere. The pace of life in Villa de Levya is much slower than anywhere else I visited in Colombia. Don’t come here expecting world-class museums and an endless things to do. Visiting a colonial village like Villa de Levya is all about taking in the scenery and relaxing. 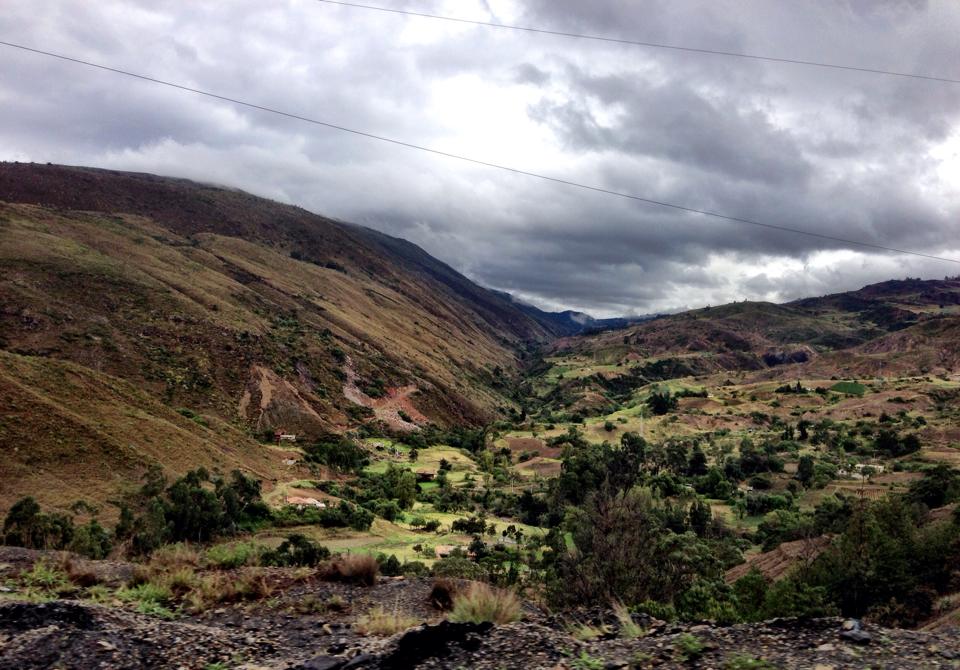 The drive back to Bogota from Villa de Levya.